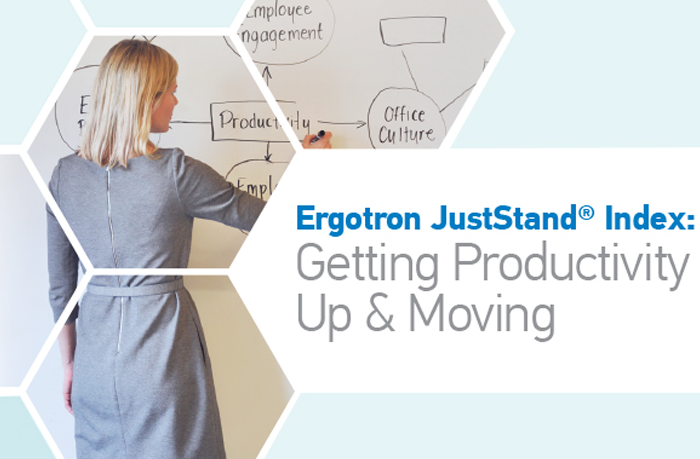 Since launching the first JustStand® Index in 2013, more attention has been given to the dangerous metabolic effects of sedentary lifestyles, or sitting disease as it is more commonly known. Although awareness is growing, there has been little focus on how sitting all day affects the overall health of an organization. We’ve seen the workplace change drastically – with a new generation of workers and innovations in technology – but, for the most part, employees still remain in office chairs. And many of them aren’t happy about it.

In the second JustStand Index, which launched today, we aimed to uncover how sedentary lifestyles are impacting the productivity, engagement and well-being of employees. The report analyzes how sitting impacts key aspects of the workplace – here are the key findings:

The JustStand Index also measured the change in awareness from the initial report in 2013. While awareness of sitting disease has doubled (15 percent), it has yet to achieve widespread understanding. And while 86 percent of people believe that prolonged sitting increases the risk of early mortality, only 48 percent of people believe they are personally at risk. This demonstrates the need for further education and conversation throughout the business community.

Over the next several weeks, we’ll be exploring these key findings in more detail. In the meantime, visit here to download the full eBook.