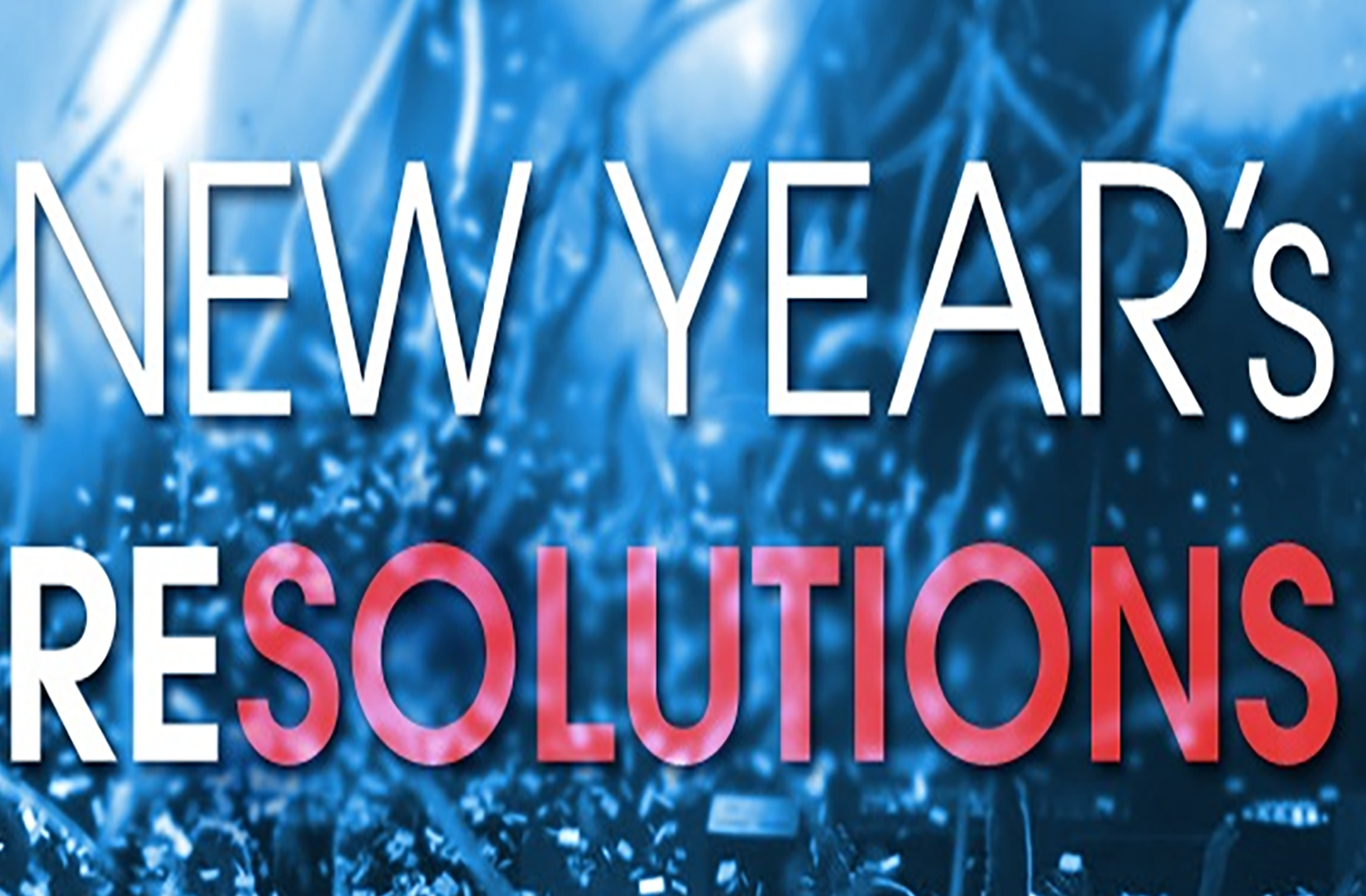 We just kissed 2016 goodbye, and now begin anew in 2017, often with New Year’s resolutions. As you’d probably guess, the most common resolutions are related to health: lose weight, eat better, and get more exercise.

We all know that sticking with a New Year’s resolution is difficult – in fact, January 17th has come to be called “Ditch Your New Year’s Resolution Day.” (An informal survey of team members about past resolutions confirmed that most of us do indeed fall off the wagon then.) But the good news is that the act of setting a goal already makes you much more likely to reach it.

One trick that helps assure success is to start small and let momentum build slowly over time. Setting a Big Hairy Audacious Goal (BHAG) is tempting, but that’s what causes most resolvers to crash and burn. Focusing on a tiny behavior makes taking action so easy that it’s embarrassing not to do it. (An example is stepping in place during one TV commercial.) With repetition that behavior becomes automatic so it’s easy to expand and enlarge it. Soon enough you could be stepping during the entire show.

How long will that take? Scientists at University College London found that it takes on average 66 days to make habits “second nature,” so you don’t have to exercise any willpower. In fact, it feels uncomfortable when you don’t carry out a “super-habit” such as brushing your teeth before bed.

If you’re coming up short on ideas for 2017 New Year’s resolutions, here are a few from some of our healthy, happy Ergotron employees:

“It’s way easier to avoid that slice of leftover birthday cake if you know it’s a whopping 350 calories. This year, I’ll be tracking on MyFitnessPal to see how many calories I’m consuming in each sugary treat – and how much I need to exercise (or stand up!) to burn it off.”

“In 2017, I’m going to go outside or stand near a window to get some daylight whenever I can. A study by Swiss scientists showed that people exposed to daylight were way more alert at the beginning of the evening versus those exposed to artificial light, who were sleepier. Plus, it relaxes my eyes to look out into the distance and take in the view.”

“I’ve resolved to stop checking my email obsessively. I figure that if I’m checking for messages or refreshing my social stream every five minutes during the day, that means I’m checking in at least 24,000 times a year. No wonder it’s so hard for me to concentrate.”

“I promise to set the timer on my smartphone to three minutes, and then close my eyes for that time and focus only on my breathing without trying to change it. I always feel a lot more clear-headed afterwards, but I feel guilty taking a break during really busy days. Not in 2017!”

“I haven’t made it a habit to stand more while working. Sure, it may take some getting used to, but it’s a relatively painless way to make a small, yet significant, difference in my health. When I remember to do it, I do feel the results (more productive, more alert) almost immediately.”

“In the new year, I’d like to go back to more of an emphasis on good ergonomics. That’s still an important way to avoid wrist, back, and neck pain that can be a red flag for serious injuries and diseases.”

Tell us about your New Year’s resolutions and how you’ll make them stick in the comments!