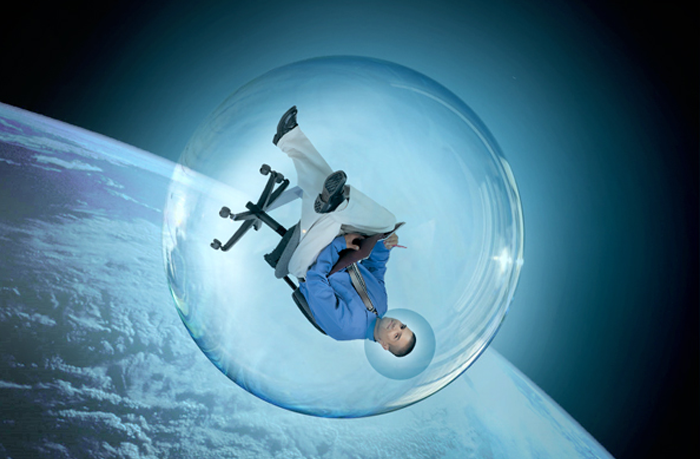 How sitting all day is like living in space 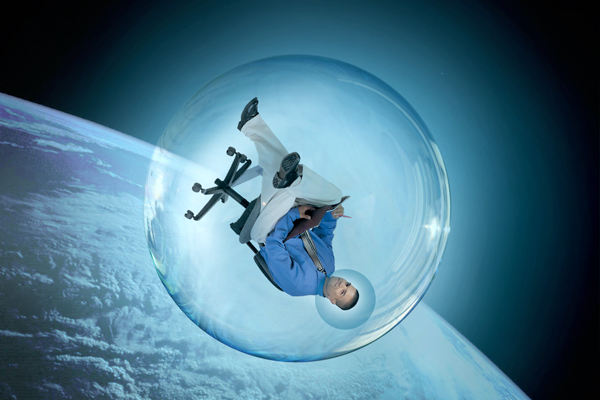 In January 2014, the New York Times published a spectacular article about the effect space has on human bodies, aptly titled “Beings Not Made for Space”. The opening sentence was a stunner: “In space, heads swell.” Apparently these kinds of transformations don’t necessarily stop once astronauts return to Earth. Eyeballs can become slightly squashed, sleep and eating can become difficult, and radiation may damage vital organs.

You’re probably wondering what gravity and astronauts have to do with sitting down all day. As it turns out, quite a lot. The way space affects astronauts is hugely indicative of why a sedentary lifestyle is so damaging to your health. The science seems to show us:

Our bodies are designed to work against gravity every moment of the day. Walking, sitting, sleeping, standing, running… at all times, gravity is pressing its forces against our bodies, making our muscles and our bones strong. We are designed to move: nearly 60% of our skeletal muscles are dedicated to opposing gravity.

So when gravity is removed from the equation, our bodies change. We float effortlessly and move with the tiniest of motions, leaving our muscles and bones useless, and eventually leading to frailty. The same effect happens in bedridden and immobile persons; without gravity weighing on their bodies, their bones weaken and they quickly become unhealthy.

Likewise, when astronauts spend a significant amount of time in space, their bodies change. Astronauts have been known to grow up to 3% taller while in space because without gravity, the spine is free to lengthen. Muscle mass and bone density is lost in space because without gravity, there’s no force insisting they remain strong. Astronauts aboard the International Space Station exercise at least two hours a day to maintain their normal body composition. Luckily, if their health does happen to deteriorate in space, it’s restored when they return to an active lifestyle on Earth.

Which is good news for those living a sedentary life, too; adopting an active lifestyle will return the body to normal. As Joan Vernikos, Ph.D. and former Director of NASA’s Life Scientist Division, says in her book Sitting Kills, Moving Heals: “The more your body is working against gravity, the better your chances of staying in good health.”

Vernikos recommends moving from a sitting position to standing position as frequently as possible.“Standing up often is what matters,” she writes, “not how long you remain standing.” Every time you stand up, nearly every nerve in your body is stimulated. Standing regulates the body’s blood pressure and blood volume, but the real value is in stimulating your entire body.

That number of sit-to-stand transitions may seem a bit on the excessive side, but the key takeaway here is to move around as much as possible during the day. Human bodies weren’t designed to sit all day long; modern life has simply evolved in a way that now, many of us do. In reality, we were designed to walk, to run, to hunt, to move.

Gravity is good; let it do its job. Keep moving, and stay healthy.

Study Confirms that Standing Too Long Causes Discomfort
Resolve to rock your 2017!